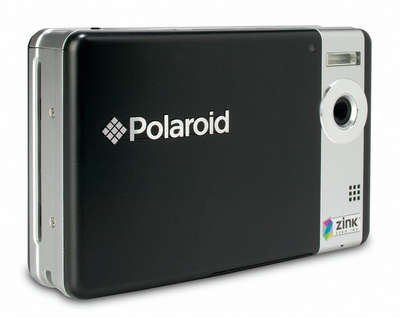 The digital camera revolution was a little rocky for Polaroid, a company famous for an iconic film camera that prints photos instantly. But thanks to the invention of a new type of thermal printer, the company now has a instant digital camera, the Pogo. I’ve had the chance to play around with one for a couple of weeks* and I have some thoughts. First the bad:

My main recommendation to Polaroid is to change the form factor of the PoGo. I understand that the camera has to be a little bigger than the average point-and-shoot to accommodate the internal printer and paper, but why not have a little fun? Urban Outfitters sells bigger, vintage-looking digital cameras that the cool kids really love. Imagine how much more they’d love these cameras if they printed photos too!

*Disclosure: the PoGo sells for $199, but I got mine as a free gift for participating as a judge in a design contest for the Zink thermal printer.