In college, I spent a fair amount of time in the chemistry section of the library, flipping through the armful of available books on the topic. The book I spent the most time with was for children, written in 1940 by Alfred Powell Morgan. It was called “Things a Boy Can Do With Chemistry,” and it struck me as unbelievably sexist.

So I did the reasonable thing and took the book out of commission for as long as possible, according to library lending rules. During my time with the book, I fumed about the hurdles a scientifically-inquisitive girl faced in the first half of the twentieth century. Oh, the injustice! Also, I scanned the cover and digitally altered “Boy” to “Girl” in a small act of solidarity with my scientific sisters. I had intentions of putting the “Girl” version on a t-shirt or tote bag, but it never happened.

Lately, I’ve been designing nerdy t-shirts for AcademicFlair.com, an awesome place to get all your geek-out gear. I was thinking of ideas, and “Things” came to mind. A modified version of the cover on a coffee mug or a 100% cotton tee could be fun. 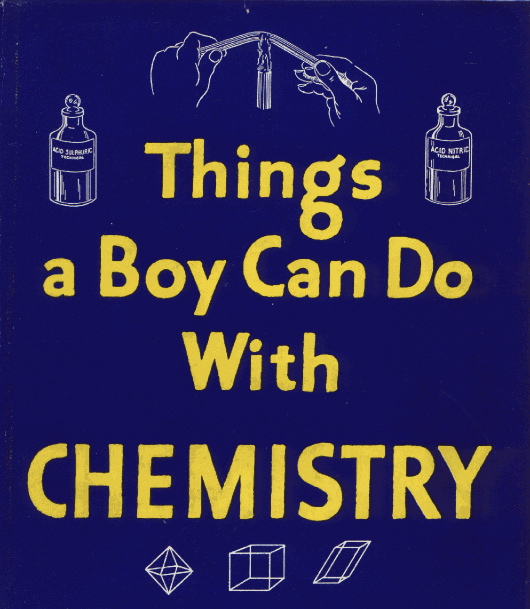 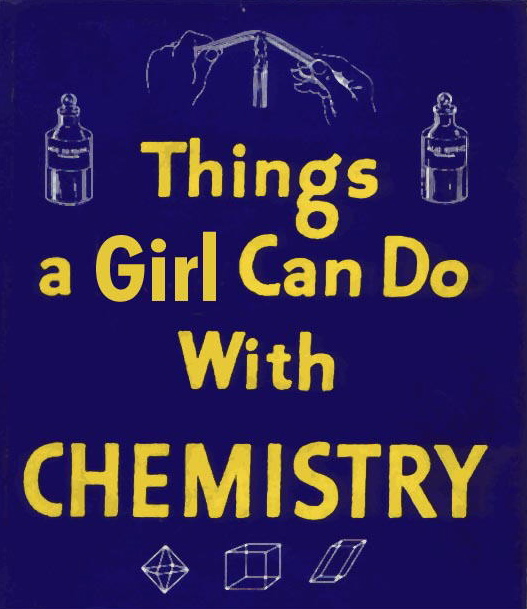 One Response to Things a Boy Can Do With Chemistry